We ransacked the place for clues; we knocked on gates to see ruined mansions and marvelous parks towered by centuries old Gingko biloba trees; we haunted the graveyard uphill; we partook in the Reformed Church Service and also of woodpecker’s diligence, as it was pecking nude the steeple eaves; we ate potato bread, red onions and smoked lard, also savoring sweet nutty vanilla kürtös which beat all else their kind, by any standards; we took snap shots and videos of the Doja massive statues; we visited the local museums and the fabled mofettes; we enjoyed meeting carnival Hussars and peasants displaying baskets full of potatoes, onions and pumpkins, on local Thanksgiving Day fair [...]. The nights spent in Gál Mansion are as true as life, nothing left to invention: we did sit under the four-trunk walnut tree, sprawled on the sofas in the aristocratic halls, and dreamt in front of the fireplace, thereby fanning the fertile dialogues of this book born out of journalistic prying and childish joy at stories alive.
We actually urge you to go see for yourselves!

BRÎNDUŞA ARMANCA is a journalist and a university professor of journalism. She has worked in highly acclaimed teams at Radio Free Europe, ‘22’ magazine, Expres, Timișoara and Ziua, where she held the position of editorial coordinating manager, as well as TVR Timișoara, where she was head of the regional branch for six years. She received several national and international awards for her TV films. In addition to publishing hundreds of newspaper articles and producing numerous radio and TV broadcasts, she also published eight books: Televiziunea regională în România (Regional TV in Romania), Ghid de comunicare pentru jurnaliști și purtători de cuvânt (A Communication Guide for Journalists and Spokespersons), Mesajul lui Crypto (Crypto’s Message), Învață să învingi (Learn to Win), Media Culpa, Istoria recentă în mass-media (Recent History in Mass-media), Frontieriștii (Border-Crachers), Abolirea timpului buimac (Overturning the Cluttered Time). She was the head of the Romanian Cultural Institute (ICR) in Budapest for six years and president of EUNIC-Hungary. In 2005 she received the Romanian Academy Cultural Award and in 2012 the Hungarian Ministry of Culture honored her with the Cultural Award for cultural diplomacy. She is also a member of the Romanian Writers’ Association and member of the Romanian board of the Association of European Journalists — AZIR / AEJ.

ISTVÁN BIRÓ is a photographer based in Cluj-Napoca (Romania), specialized in editorial and stage photography, his most recent field of interest being portraits. He is available for commissions in any of the abovementioned fields and also in commercial photography. While studying at the University of Art and Design Cluj-Napoca, he has started out in 2000 as editorial photographer at the newspaper Krónika, where he still works as picture editor. He regularly does assignments for the MTI (Hungarian News Agency), one of the oldest news agencies in Hungary. He took on stage photography in 2005, at the Hungarian Theatre of Cluj, and since then he has worked for various theatres (in the cities of Satu Mare, Tîrgu Mureș, Iași). He has documented performances by acclaimed directors such as Gábor Tompa, Andrei Șerban, Silviu Purcărete, Robert Woodruff, Matthias Langhoff, David Zinder, Michal Dočekal. His approach is to catch the unrepeatable instant of theatre, immortalizing the evanescent, mindfully transposing the scene into photographic space.

MARIUS COSMEANU is a journalist and sociologist, winner of the ’Otto von Habsburg’ European Award. As a journalist, he worked for such publications as Cotidianul, Academia Cațavencu, Corso (editorial manager) and România Liberă. He has published over a thousand articles in Romania and abroad and has been keeping a personal blog for the last few years. As a researcher, he has collaborated with the World Bank, International Labour Organization, Coca-Cola HBC, Flora and Fauna International as well as other international organizations. He held the position of national assessor, where he coordinated several projects on illegal migration, public administration, human rights, environmental issues and minorities. He currently works as a specialist consultant. He graduated from Masters Programme Ethnic and Minority Studies (ELTE-UNESCO, Budapest), and is president of Tempo Giusto, an organization focused on slow media projects. He has received scholarships from UNESCO, German Marshall Fund, Open Society Institute, ERSTE & Bosch and the Institute for Human Sciences.

MONA DÎRȚU had been training to become a Physics and Chemistry teacher, but opted for journalism instead, building a twenty-year-long career in the general press (the former Monitorul network), business press (editor-in-chief of Business Magazine and later on Money Express) and in the digital media, where she was head of TVR’s online department. In 2012 she initiated several journalism/corporate, writing and entrepreneurship projects. In 2014 she published a book co-authored with Andreea Roșca, entitled Cei care schimă lumea (The Gamechangers) – the first study on how the first generation of post-revolution entrepreneurs think, make decisions and act. She is also co-author of the Monday Memo newsletter, a business and info digest with a quickly expanding reader base. In 2015 she and the Friends for Friends Foundation developed a writing course for company and NGO employees. She continues to conduct journalistic projects, is a member of the Superwriting Awards jury and, from time to time, she writes her own blog posts at monadirtu.ro

ÁRPÁD GAZDA became a journalist following his active involvement in the 1989 Romanian Revolution in Timișoara. After earning a degree in Physics from the University of Timișoara in 1990, he immediately joined the press. During his long journalistic career, he was a local correspondent for Romániai Magyar Szó, a newspaper based in Bucharest, a Romanian correspondent for the Hungarian Section of Radio Free Europe, editor-in-chief of the Erdélyi Napló weekly, assistant-editor of Krónika daily, editor at Radio Timișoara, collaborator for Info Rádió Budapest and for the Heti Válasz weekly in Hungary. In 1999 he earned a degree in broadcast journalism from the Eötvös Loránd University in Budapest, after nine years of working in the media. He has received several journalistic and short story awards. He is currently the MTI press agency correspondent for Transylvania. He has published a collection of feature reports entitled Mikor kicsi voltam, magyar voltam (When I Was a Child, I Was a Hungarian). He has been the president of the Fundația pentru Comunitate/Community Foundation since 2008.

RUXANDRA HUREZEAN earned a degree in sociology from the Philosophy Faculty in Cluj-Napoca. She has worked as a journalist for more than 25 years, during which time she specialized in social coverages. She was head of several editorial boards and helped found a few magazines. She worked both in the local and national media. Ruxandra also published five books – short story and feature report collections. She has received numerous awards from the Press Professionals’ Association in Cluj and also the German Embassy award in Bucharest for her coverage of the German minority in Romania.

LIVIU IOLU has been a journalist for fifteen years. From 2012 to March 2016, he was an editorialist for Adevărul and coordinated the online TV project Adevărul LIVE. He was a special reporter for the Evenimentul zilei daily (2004-2011), collaborated with Dilema Veche magazine and during his college years he was editor-in-chief of Opinia Studențească and reporter for TVR Iași. He has earned a degree in journalism from the Al. I. Cuza University in Iași, and furthered his studies at the École Supérieure de Journalisme de Lille and Erasmushogeschool in Brussels. He has received many professional awards for coverages and journalistic eloquence, from prestigious organizations such as The Romanian Press Club (CRP), Freedom House or World Vision. In 2008, The Romanian Press Club awarded Liviu the Grand Prize for written press, honoring his series of articles entitled ‘Arestați de aliați’ (’Apprehended by the Allies’ ), which prompted the resignation of the Minister of Foreign Affairs of the time. In 2006 he was designated ‘Reporter of the Year, at the Ioan Chirilă Awards, the most important award given to sports journalists. His record includes one more particularity: after an investigation that lasted for two years, Liviu Iolu was the first to find and describe Daniel Valentin Ceaușescu, the grandson of former dictator Nicolae Ceaușescu. In the last two years, he has been working as a freelance journalist for Al Jazeera English and ITV News and produced a show entitled ‘Generația cu cheia la gât’ (The Generation With the Key Tied Around its Neck). Starting March 2016, he holds the office of state counselor in Prime Minister Dacian Cioloș’s Chancellery and spokesperson for the Government.

ANDREEA PORA has been a journalist since 1989. She published her first article in ‘22’ magazine, a coverage of the 1990 Mineriad. She worked for Radio Free Europe, Evenimentul Zilei, România liberă, Cotidianul and Expres, where she has published hundreds of articles and conducted numerous investigations. She is one of the first Romanian journalists who looked into the files of the Securitate (communist secret police), especially those connected to the Romanian National Television (TVR). ‘România la raport’, the show she hosted for Radio Mix FM received the award for best radio talk-show. During her prolific career, Andreea Pora has overseen the latest news and national politics departments of the newspapers she worked with. Currently, she is the assistant editor of the 22 magazine. She was granted a scholarship by the World Press Institute USA, and is active in various civil society programs, speaking up for an independent justice system, anticorruption measures and institutional reform. Her numerous appearances on TV talk-shows have earned her the reputation of being an uncompromising journalist, concerned with morality and independence.

IMOLA T. KOÓS is a TV reporter, editor and PR specialist. In 2000 she founded the first program magazine in Cluj, Afișin Romanian. She worked as a PR representative at Traznit Ház, considered to be the acropolis of Transylvanian alternative art and also as editor of the Magyar daily newspaper Krónika. For six years, she worked as regional correspondent for Duna TV and collaborated with TVR for the Magyar language show. She was the assistant and PR representative of Tompa Gábor, manager of the Magyar Theater in Cluj. Since 2012 she is a cultural columnist for the Maszol.ro portal, the online version of the Új Magyar Szó magazine. She also writes for the weekly publication Nőileg. In 2006 she was awarded the Bolyai prize for the consistent and unbiased way in which she presented the language rights case of the Romanian minorities. Her current interests include researching how distant fields of activity like art (especially theater) and sciences influence each other.
citeşte mai mult
Despre autor 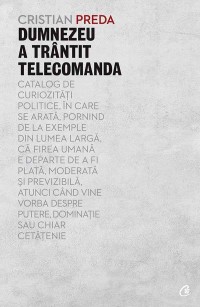 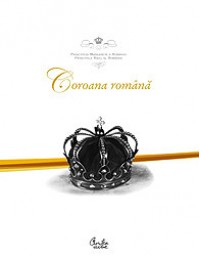 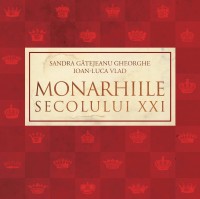 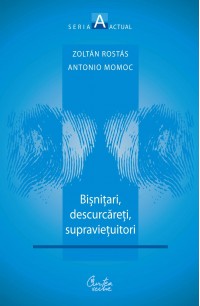 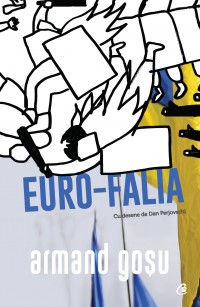 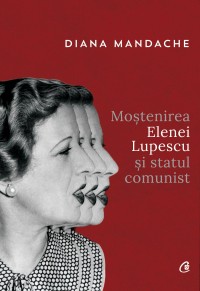 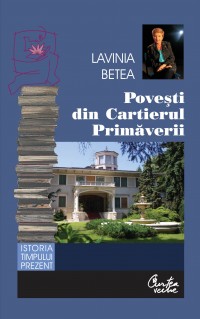 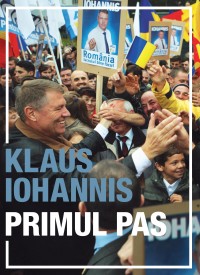 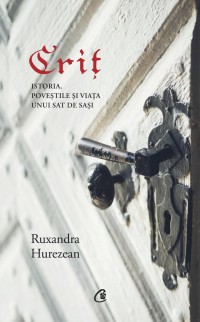 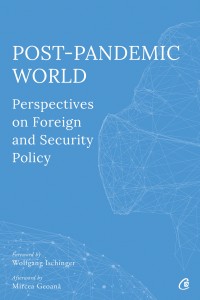 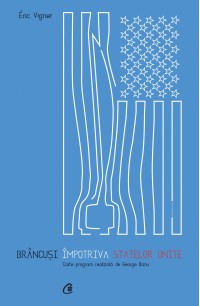 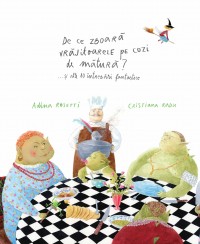 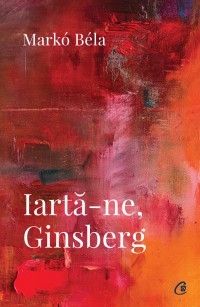 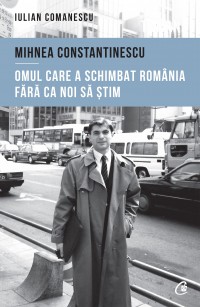 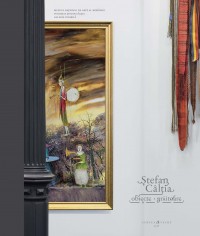 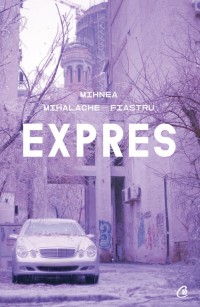