Bogdan Suceavă: „Miruna, a Tale”, released in the USA 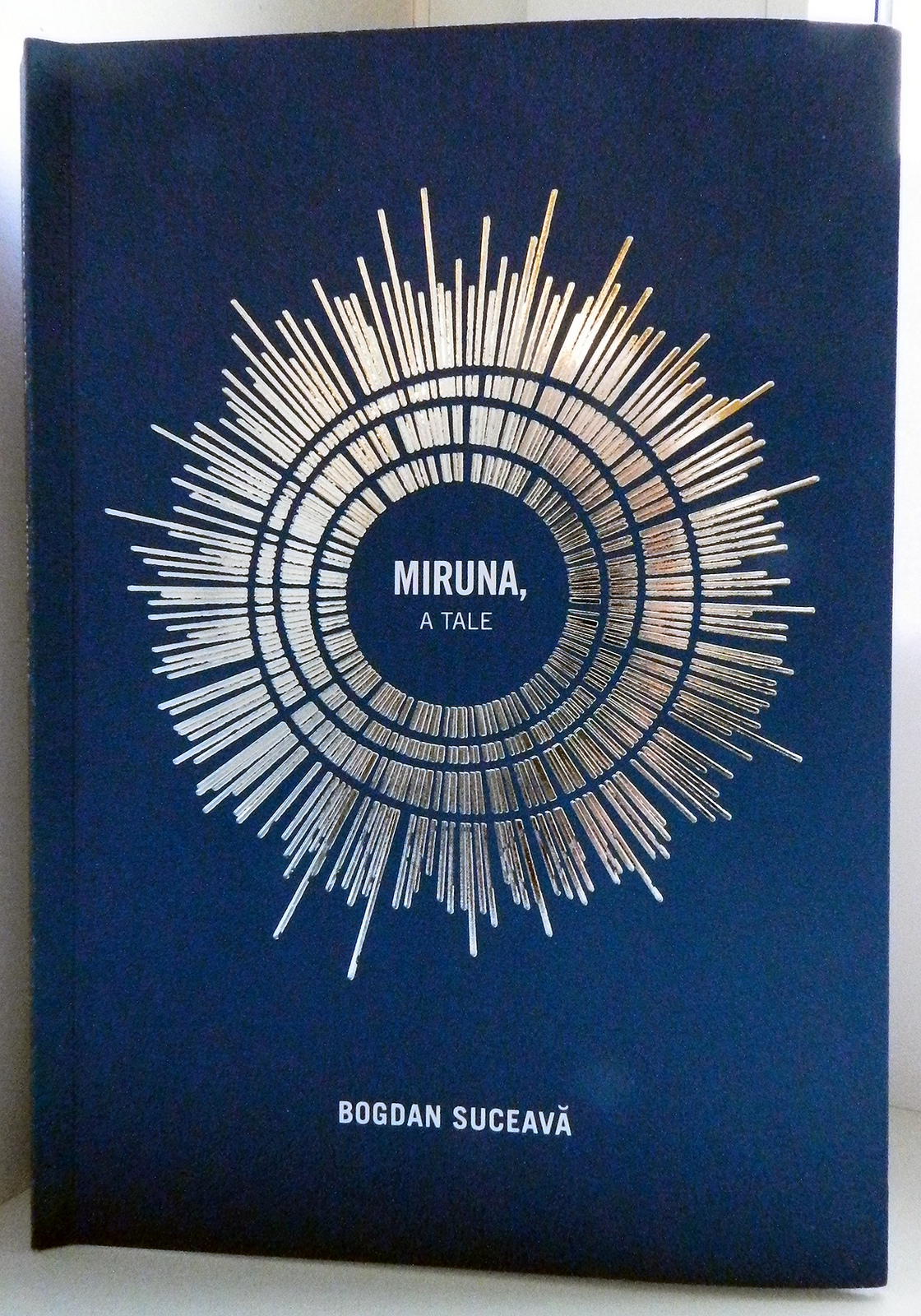 We are extremely happy whenever a valuable Romanian book transcends the language barriers and gets in the hands of book lovers worldwide. We already told you about the English translation of the book „Miruna, a Tale„/”Miruna, o poveste” by Bogdan Suceavă. On January 15, ‘Miruna, a Tale’ was released in the UK, and on May 14 it was the first Romanian novel whose presentation was hosted by the European Bookshop, in a forthcoming series of events organized in collaboration with the Romanian Cultural Institute in London that will present the works of other Romanian authors. This fall, more precisely on September 15th, the volume will be released in The United States of America, where the writer currently lives. We couldn’t miss the opportunity to ask Bogdan to share this joy with us: There is no reason to hide our family sagas. We don’t have ancient chronicles, singing the glory of old conquerors, but we have the memory of a world now gone. Telling the story of the old villages is not about praising an idyllic time long gone. It’s about recovering a part of our personal memory.

Thanks to Howard Sidenberg and his team at Twisted Spoon Press for their interest in the world of Romanian tales. Thanks to Dan Mayer for his wonderful art work on the cover of „Miruna, A Tale”.

Thanks to Alistair Ian Blyth for this amazing translation; he faced the challenge to really find the appropriate equivalent for so many ideas pertaining to the old European traditional society; as far as I’ve seen, I believe this is one of Alistair’s best works. Thanks to the Romanian Cultural Institute and to all the people contributing to the Translation Support Program. Thanks to the team at Curtea Veche Publishing who worked on the two Romanian editions, especially to Răzvan Petrescu (not only an outstanding writer, but also a true mentor in all editorial matters), to Grigore Arsene (who supported this novel in every possible way), to Stefania Nalbant, Cristiana Chiriac and all my friends in the team. My thanks to Mihail Vakulovski, who wrote the foreword to the first Romanian edition. Last but not least, thanks to all the commentators who expressed their appreciation in this work since the first edition came out, especially to Sanda Cordoș, Luminița Marcu, Paul Cernat, Radu Voinescu, and Adrian Buz. This used to be a 110-page manuscript on which I wrote and rewrote for 15 years. Now here’s the English version, “for if the tale were not true, I wouldn’t have told it to you.” Bogdan Suceavă and the poet Stephen Watts at the book launch of „Miruna, a Tale”. European Bookshop, London, May 14th, 2014. Bogdan Suceavă and the poet Stephen Watts at the book launch of „Miruna, a Tale”. European Bookshop, London, May 14th, 2014.

Details about „Miruna, a Tale”: http://www.twistedspoon.com/miruna.html